Today was a quiet day here on the farm. Normally, I would go to church at 8:30, but felt I've had good luck so far avoiding a cold, and didn't want to take a chance. So I stayed home and watched the televised Catholic mass. It really isn't much different than my own denomination's service. The sun was out and the skies were clear and blue. 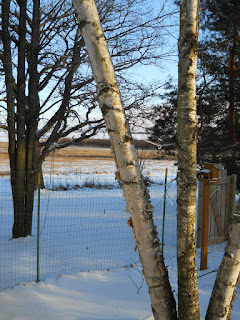 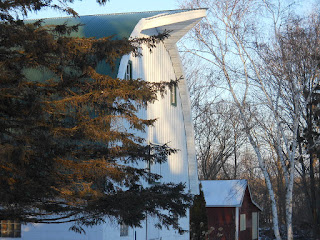 Over time, I've noticed that February is the month when the moon and sun make their appearances together later in the afternoon. 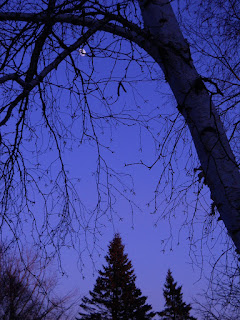 Birches are my favorite. 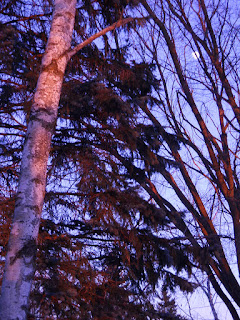 This pileated woodpecker appeared. They are so skittish and seem to detect the faintest sounds from the house, so it is unusual to get a good picture. 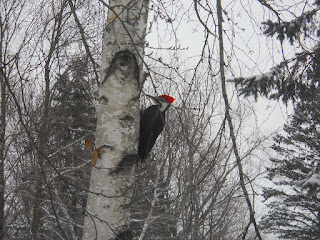 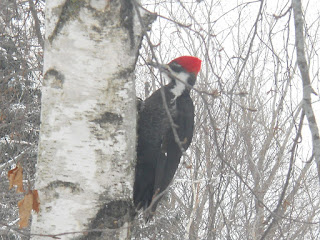 The later afternoon sky had some good color. 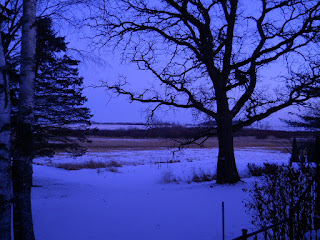 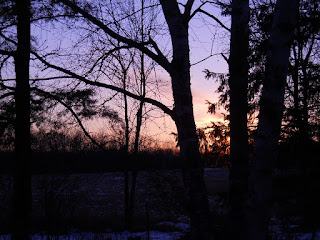 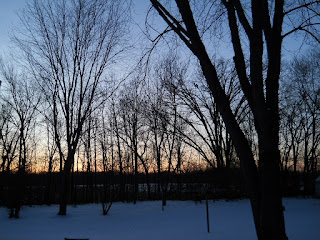 It was soon time for a snooze. 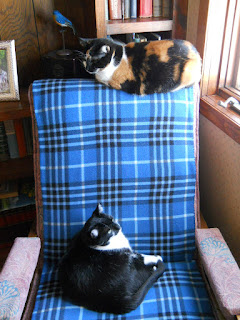 Have a good night.
Phil

Posted by The Wykeham Observer at 7:16 PM 19 comments: