I wanted to make Julekage (Norwegian Christmas bread) before Christmas, but didn't manage to get that done. Today I tried something similar. The recipe for Julekage was too complex for me and I was having trouble reducing it for a smaller quantity. I'll work on that later, and make both loaves and buns.

You see the Julekage recipe at the bottom of the photo. Instead of that, I chose a Hvite Bollar (white rolls) recipe at the top, cut it by half and added cardamon, dark and gold raisins, and cherries. This type of cardamon bun usually calls for citron, but I didn't have any, so I soaked the raisins in a little orange juice. 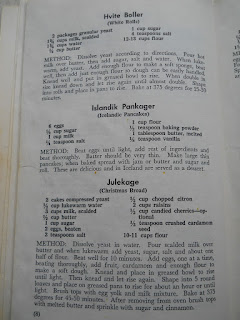 My cousin in Wisconsin gave me a gently-used mixer for Christmas, and I like it especially for mixing. However, I decided to knead by hand, since this wasn't a very big batch. I'm thinking next time I won't let the raisins get so wet, since that made the dough somewhat difficult to shape into nice smooth rolls. Anyway they are a little rough looking and not too uniform. So I have to learn by doing better next time. The quantity was a cake pan of 12 and then a small round pan. 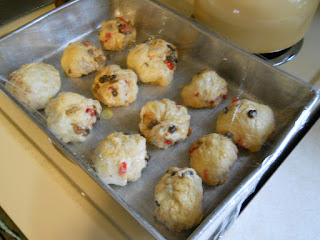 The cardamon and orange zest had a good flavor and overall, I am satisfied for now. 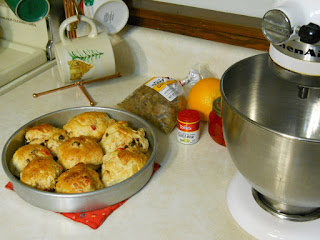 And throughout it all, Big Boy Byron didn't even come into the kitchen! 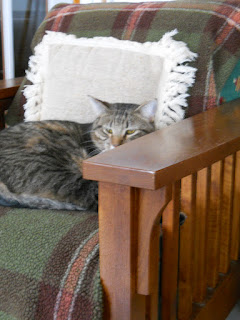 Have a good day.

Posted by The Wykeham Observer at 7:03 PM